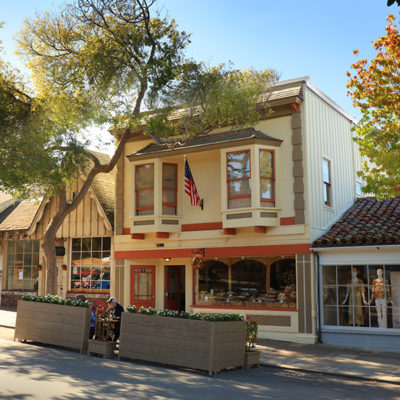 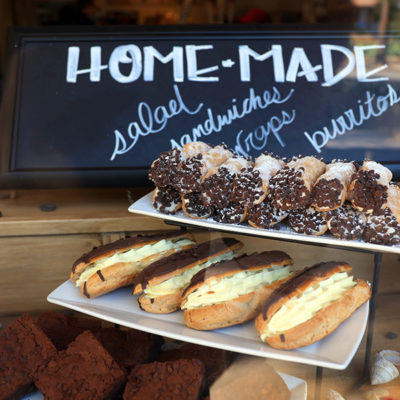 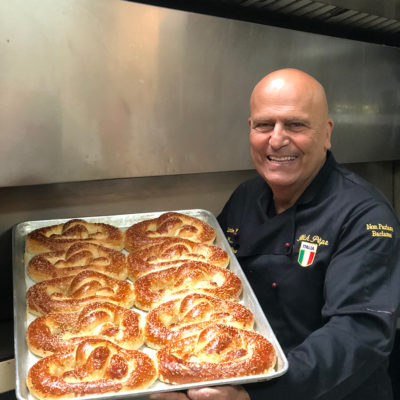 Open at 7:00 AM through 8:00 pm Daily
Winter closing times vary depending on weather. Please call ahead for daily closing time.

In its earliest days, Carmel-by-the Sea was known to be a Bohemian artist colony. The village had a grocery store, a stationary store, a small inn, and a bakery along the road that led down to the most enchanting white sand beach along the Pacific Coast. Carmel Bakery was established in 1899 and is now Carmel’s oldest running retail business in Carmel-by-the-Sea and has been owned by the Pèpe family since 1986. As a matter of fact, it is the oldest building still standing in the village. There have been only four owners in the bakery’s over 100-year history. The original owner, Fritz Schweinger, lived in the apartment above the bakery for many years and is considered one of the founding fathers of Carmel.

When Pèpe moved to Carmel in 1974 he worked up the street at Wishart’s Bakery and some years later had the opportunity to purchase Carmel Bakery from the then retiring owner, Hector DeSmet. In this historic picture below the bakery is seen depicted in 1906, with the Slevin’s Stationary Store, which doubled as the post office to the upper left, and the Leidig Grocery Store to the right. In effect, this part of Ocean Avenue was the town center and remains so today. Ocean Avenue was a dirt road in those days, not paved until the 1930’s, and not a car in sight, only a horse and buggy in the lower right corner.